@tatianag @weiren2
I’m just gonna post our issues here, as it’s easiest and we can all see

We use the following code to create the extension:

Here is the output 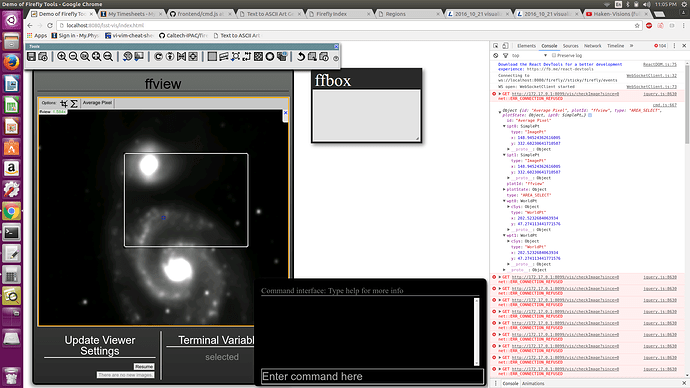 @jbpagliuco, you are right, there was a bug in the extension for area selection. Thank you for your report, we’ve fixed it in the most recent Firefly release and in the Firefly master branch.