I was able to install an updated docker-engine package (version 1.10 vs. the old 1.5) which fixed the problem. It was released last night. Just took a little while to see how to get it.

With that installed I did get the demo to run. The wise image failed to load but I can load a local fits file just fine. Congratulations to our developers, this actually is easy and there was just a hiccup due to docker/linux issues.

So now what to do? Can someone suggest a list of features I can test (histogram, etc.) from the interface or the command line section?

Final comment. The docker/container idea works fine but places requirements on the host. In this case a kernel 3.10 or higher (3.16 on my laptop). The SLAC standard is still RHEL6 which is too old. I should be able to install CentOS7 on machines at slac in the near future but it will be a bit custom. That’s fine for an experiment I think.

UPDATE: I still get the zombie java process when I try to shut it down. So it is probably the kernel issue. In any case the application itself did work okay.

Hi, I have the same question as Stuart, I managed to get the docker image to run (ignoring the zombie processes and having to restart my machine for now) but I do not know what to do after I get the initial screen (see attached screenshot) 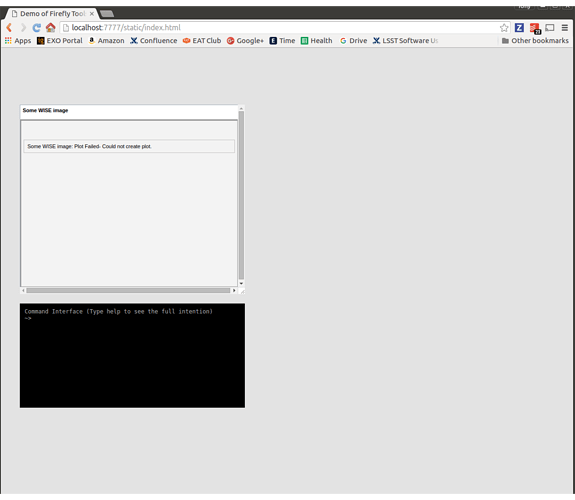 But I need some instructions on what I can do next?

@marshall – I think we should see the docker image as a way for developers to work together, I do not see it as a solution for production running at SLAC or BNL – but that is OK we should be able to install all the required software by hand at those locations.

PS I have researched the zombie process issue a little more (I was looking for an excuse to learn more about docker). I strongly suspect it is related to the use of phusion/baseimage as the base docker image – it seems that the entire purpose of that image is to solve the zombie process problem by use of the my_init system, but my guess is that it does not do a good job of it.