The 20th major release of the Photon Simulator (PhoSim) is completed, tagged, and validated and is called PhoSim v5.5.1.

First, you may be interested in three new fun movies that visually highlight some of the substantial physics implementations that have been done over the past ~3 years. These include the self-consistent atmosphere representations, the finite element thermal/mechanical/actuation of optical shapes, the electrostatic descriptions of sensors, and the overall expansion and generalization to a number of telescopes. 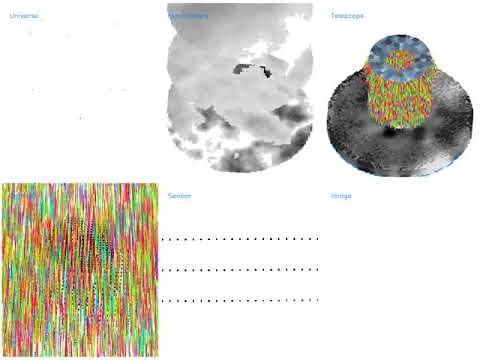 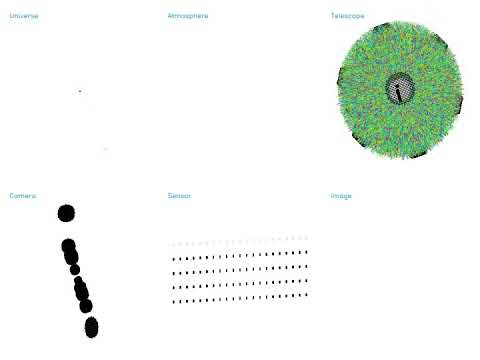 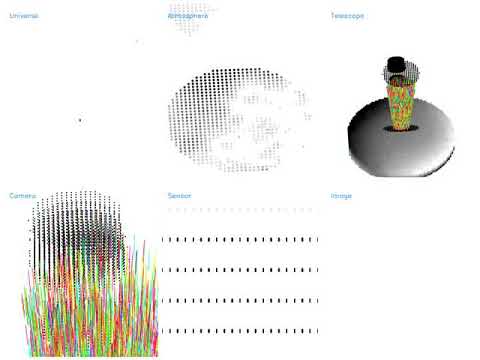 For those of you who are familiar with PhoSim, skip ahead. But for those who are new, PhoSim is an ab initio Monte Carlo simulation code of the IR/optical/UV/X-ray physics of astronomical observations. PhoSim fundamentally creates emergent measurement errors (photometric/astrometric/PSF size/shape) imprinted in realistic images by using basic physics rather than using models/parameterizations. PhoSim is also extremely fast with novel numerical algorithms, advanced Monte Carlo techniques, and efficient multithreading methods. It can be run on laptops/desktops as well as in high performance computing environments. Major improvements in recent releases have been opto-mechanical physics, sensor electrostatic details, self-consistent atmosphere global hydro-based representations, generalizations and implementations for various telescopes, simplification of the user interface, and internal astronomical catalog generator & operations capabilities. There is a major release (vX.Y) twice a year (in Summer and Winter). The major releases include hundreds of revisions. Between releases, there are intermediate patches (vX.Y.Z). These fix urgent bugs. The updates generally improve the fidelity as well increase the speed. All of the details are available following links at the main PhoSim site below. This includes hundreds of pages of documentation, user tutorials, and the 4 reference papers.

Some updates from PhoSim v5.5 include: completion of the self-consistent absorption/scattering/dispersion physics for normal and background light with implementations of atmosphere constituents, an improvement to cloud statistics and overall representations, expansion to atmosphere spatial variations, improvements to sensors, a major update to the Rubin (LSST) focal plane and more options for sensor geometry, general speed and performance improvements, and a variety of new diagnostic output options. In addition, if you don’t want to run PhoSim yourself, there is a substantial amount of example images which includes the PhoSim Rubin Survey (PRS).

Please file tickets for bugs at the main site, and please email your feedback or questions or collaboration ideas.