The 22nd major release of the Photon Simulator (PhoSim) is completed, tagged, and validated as PhoSim v5.7. This release is more modest in scope, but does have some new improvements you may be interested in.

Intro to PhoSim, if you are new: PhoSim is an ab initio Monte Carlo simulation code of the IR/optical/UV/X-ray physics of astronomical observations. PhoSim fundamentally creates emergent measurement errors (photometric/astrometric/PSF size/shape) imprinted in realistic images by using basic physics rather than using models/parameterizations. PhoSim is also extremely fast with novel numerical algorithms, advanced Monte Carlo techniques, and efficient multithreading methods. It can be run on laptops/desktops as well as in high performance computing environments. Major improvements in the past 5 years have been: 1) full implementation of opto-mechanical physics, 2) complete sensor electrostatics physics, 3) self-consistent atmosphere global hydro-based representations, 4) generalizations and implementations for many different telescopes, 5) simplification of the user interface, and 6) an internal astronomical catalog generator & operations capabilities. There is a major release (vX.Y) twice a year (in Summer and Winter). The major releases include hundreds of revisions. Between releases, there are intermediate patches (vX.Y.Z). These fix urgent bugs. There are hundreds of pages of documentation that are routinely updated, 22 user tutorials, and the 4 reference papers. There are now 32 implemented telescopes, and more in development from at least 4 different teams. In addition, if you don’t want to run PhoSim yourself, there is a substantial amount of example images which includes the PhoSim Rubin Survey (PRS). All of this is available through the main site listed below:

Important new improvements in v5.7 include: various updates to the instrument designs including Rubin/LSST, JWST, WIYN; various computational efficiency improvements including buffers and bright star optimizations; a number of updates to CMOS simulations with applications for JWST including better read modes, cosmic ray rejection, and saturation handling; allowing photon non-interaction regions on sensors; and a number of improvements for simulation of gratings including an optimization that pre-calculates trajectories once to allow as fast simulation as non-grating interactions.
There is also a new tutorial (tutorial 22) and a corresponding script that allows you to seamlessly take an image from a real telescope and generate an input catalog with the image at the correct location, angular scale, rotation, and intensity to use with PhoSim. (Note: you can of course continue to manually modify these properties to use an input image in any creative way (see tutorial 16) and of course use synthetic objects by hand or through auto-generated catalogs).

Please file tickets for bugs at the main site. And please email your feedback, questions, or collaboration ideas! 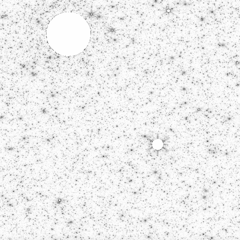