I promised a pretty picture. This is a color composite of g, r, i coadds. There are ~200 images per filter. 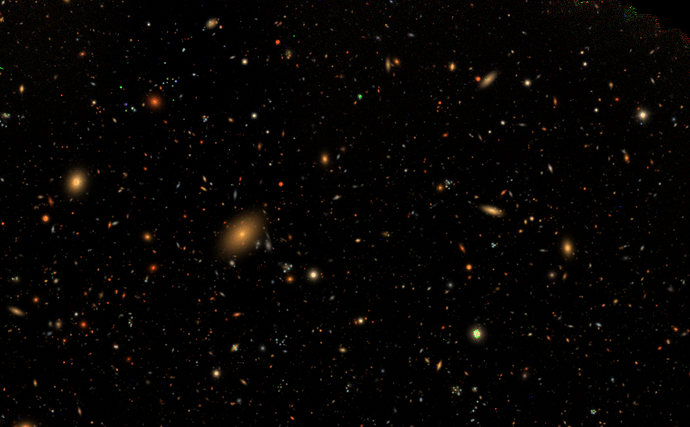 FYI, you notice all the point sources around the big galaxies? Those are simulated SNe at a much greater than natural rate.