Testing methods to mitigate the effects of saturation

I am working on a method that potentially would be useful to estimate the flux losses due to saturation for bright objects. I have created simulated point source images (considering different values of fluxes, seeing and sky noise) and I have assumed that above a certain threshold the PSF becomes a truncated 2-D Gaussian function. Then I have compared the flux measured using different aperture radii. The comparison should provide a table of correction factor for the saturation effect. I would like to discuss with you the limits and the potentiality of this approach. Eventually, if it turns out that this approach is effective, I could share a Jupiter notebook to estimate the correction factor for a specific observation. What do you think?
Thanks for your attention,
Barbara 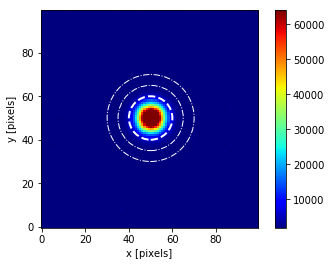 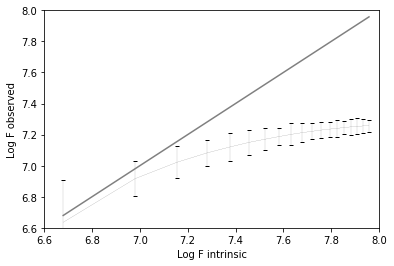 Looks interesting!
I wonder if we have some way to know when “bleeding” will start for saturated sources. Don’t know if that would contribute to your approach, it just pop-out in my head when I saw your plots.
Cool job!

The assumption that the PSF will become just a truncated 2-D gaussian is not a great one because of the bleed-trails, as noted above. All that excess charge has to go somewhere of course.

I’ve asked @youtsumi to follow up with some images of saturated point sources from some of our lab testing of rafts. We have taken some single saturated point source images and should be able to collect more, perhaps in Jan/Feb, as well. I suggest you contact Yousuke who could point you to the images we do have to enable further study.

Hi Barbara, thanks so much for getting in touch about LSST data for saturated stars.

Our first thought is that when simulating the PSF of saturated stars, the charge from the saturated pixels is not lost, but goes into asymmetric bleed trails that should be included in the model. In this respect the LSST camera will respond similarly to most other CCDs, with charge overflowing from pixel to pixel along the column. In this case a large enough aperture would still recover all of the charge in the bleed trails. In addition to simulating saturated PSFs, it would be appropriate (and maybe easier) to use the PSFs of saturated stars from any similar direct-imaging telescope and modern CCD.

Some additional thoughts are that saturated stars near the edge of a chip may suffer unrecoverable losses if the bleed trail extends beyond the boundary, and that blended binary stars which saturate will present a more complicated problem for your investigation.

Please do feel free to respond with additional questions or discussion!
Thanks again,
Melissa

Community threads discussing bright stars which might be of interest:

We are attempting to define the behavior of LSST photometry around the saturation and nonlinearity limits in different bands. Currently, two properties we are trying to find out are the expected full well depth of the LSST pixels and the linearity behavior - essentially how the gain changes with star brightness, and the resulting shape and size of the resulting bleed trails. I realize that information might not be known for sure, but I imagine there are basic specs for that. I have reviewed t…

There have been discussions in the broader community about procedures for deriving photometry for saturated stars with various instruments. These procedures usually involve ignoring or masking out saturated pixels, and just using the unsaturated pixels, typically located in the wings of the PSF. Most of these discussions that I am aware of have taken place in the context of the Kepler/K2 mission (see here, here, and here (PDF). It would be extremely valuable to apply such techniques to LSST. …

Will there be a pipeline that can recognize object saturation “on the fly”, just after the first visit to a certain field?

Adam Snyder has took spot projector images with different exposure times, that might be suitable for your study. I see the most brightest star image exhibits the weak bleeding trail. I am attaching the example of images we have (from left, shortest, modest and the longest exposure). Let me know if you are interested in. 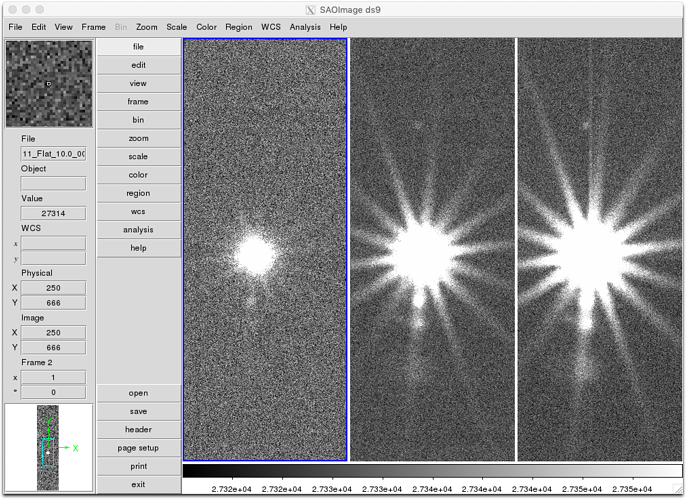 Thanks for your helpful comments! I agree that modelling the PSF of saturated objects just as a truncated 2D Gaussian is an over-simplification and that the next step further would be to consider also the formation of bleeding trails. Probably realistic images of saturated objects would be useful to model this phenomenon…or at least to understand a little better as it works! Yousuke, I’m very interested in your images of bright stars, could you please provide me some example of them to make tests?

@balmaverde
I am sorry for this belated reply. I wasn’t aware of this thread updated. I have uploaded 4 spot images on the following link. Can you try to work on these?
https://stanford.box.com/s/bqlwdgehn2w7hi1h9s0mqdresd7c777s

Just want to follow up @MelissaGraham’s comment to confirm that if the bleed trails reach the top or bottom edge of the amplifier (2k by 1/2 k section of the sensor) the charge will indeed be lost. We will be periodically clearing the serial registers during the exposures.

Indeed @roodman – I double checked with @RHL who confirmed you are correct.