I have attached the minutes of the Camera Image Visualization meeting with IPAC here (14.1 KB)

We mainly discussed long-term plans for fetching data from the camera DAQ in an efficient and supportable manner, but some items are directly relevant to this meeting: 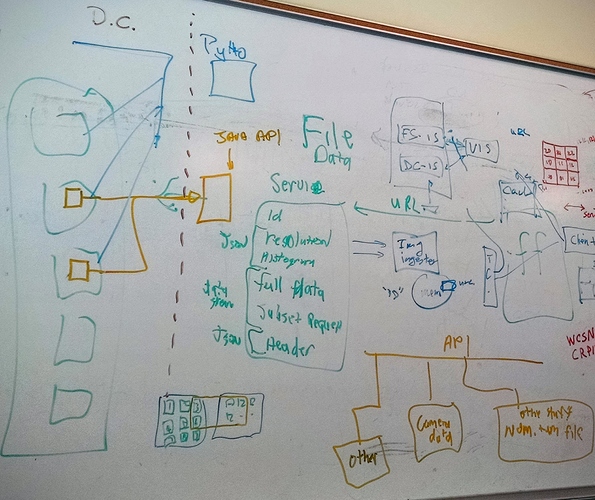 @victor_ren Thank you for putting the adding the build instructions.

As I have mentioned during the meeting, you might want to update your build process, described in https://github.com/lsst-camera-visualization/lsst_firefly, to avoid Step 6 (modifying app.prop for each deployment).

You can place the properties you’d like to override your own .prop file into the ${server_config_dir} directory, as described in “Firefly Configuration”/“Runtime” section of firefly-environment.md