Yesterday afternoon, the jenkins stack-os-matrix job was converted from a matrix job into a pipeline job. There were several factors motivating this change:

This has resulted in several end-user visible changes, including:

Blueocean is a new jenkins UI/dashboard that is intended to eventually replace the classic Jenkins UI. It provides a modern web-app interface based on react.js. This is a new project but it is evolving extremely quickly. There are still some rough spots but it is currently the best option for viewing the status of pipeline jobs with “parallel branches” (eg, stack-os-matrix).

Users are able to move between the “classic” UI and blueocean as desired. Most pages in the classic UI have a link in the left hand menu to open blueocean. Eg.: 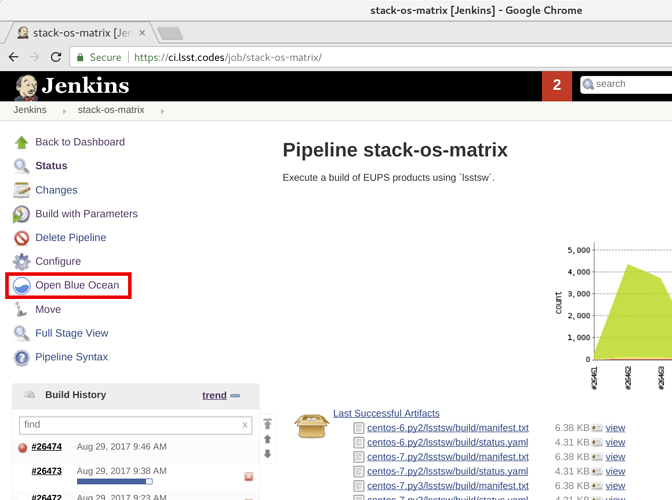 All blueocean pages have an exit icon in the top right hand corner than may be used to return to the classic UI. 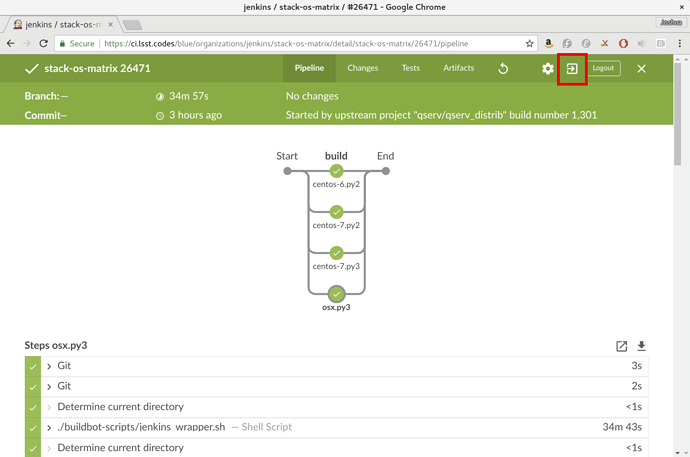 Starting from the stack-os-matrix job page in blueocean: 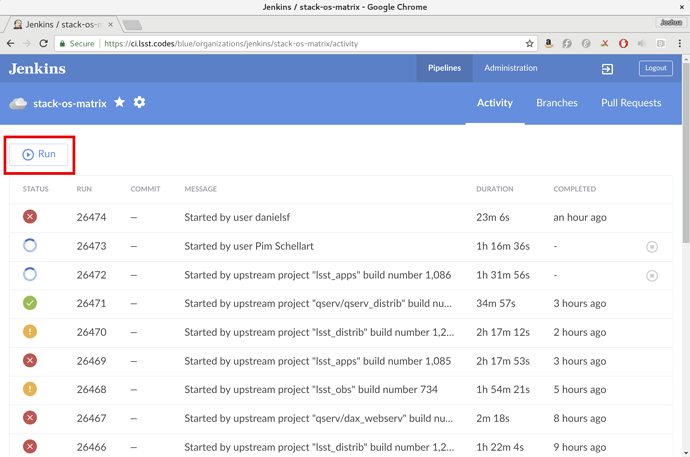 Input any desired build parameters and then click on the Run button at the bottom of the dialog: 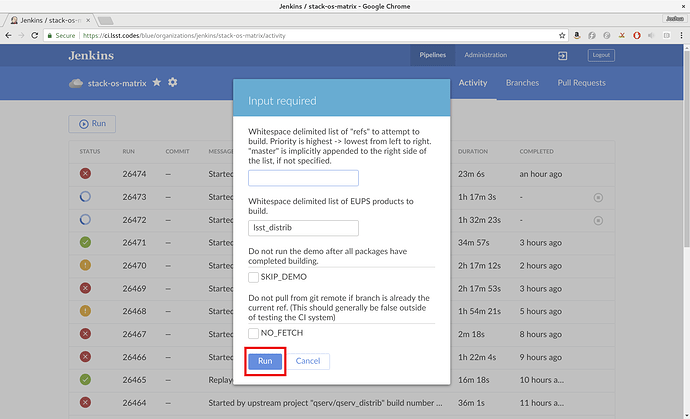 Pipeline status / console output can be accessed a couple of ways.

For a few seconds after starting a new build, there will be a status pop up in the lower left hand corner with an Open link. 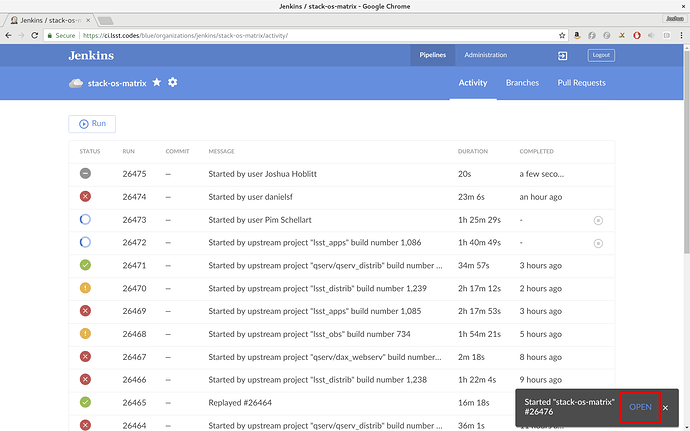 Or at any time from the job page by clicking on the build description: 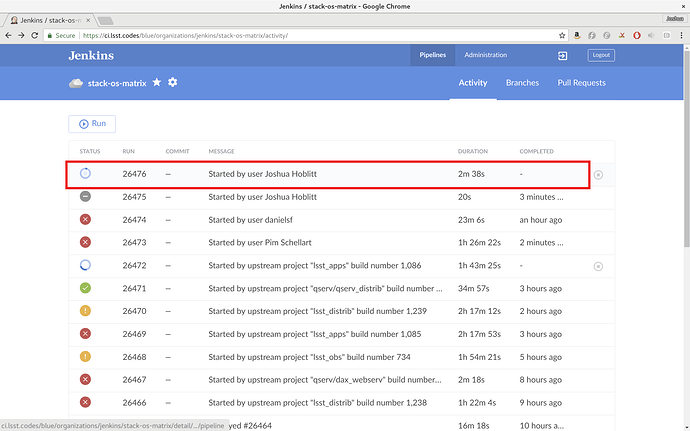 Console output from the various build configurations can be accessed by clicking on nodes in the pipeline status display. A running or queued node will be a hollow blue color, green if it finished successfully and red if there was a failure. 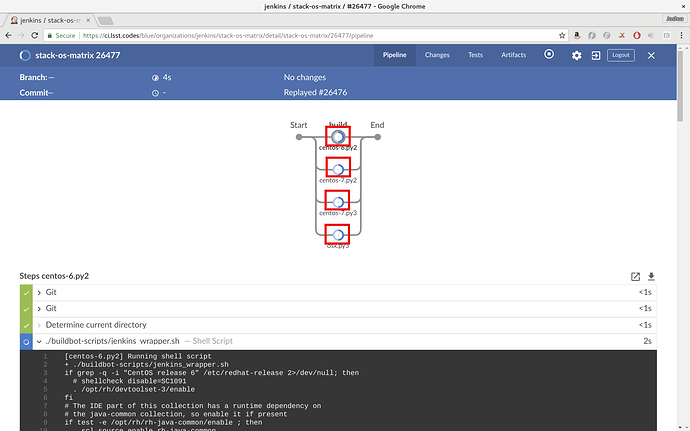 When a node / build configuration has stopped running, all of the console output section will be collapsed. The section of stack-os-matrix of most (probably only) interest to end-users is ./buildbot-scripts/jenkins_wrapper.sh -- Shell Script.

Clicking on the section description will toggle it open/closed. 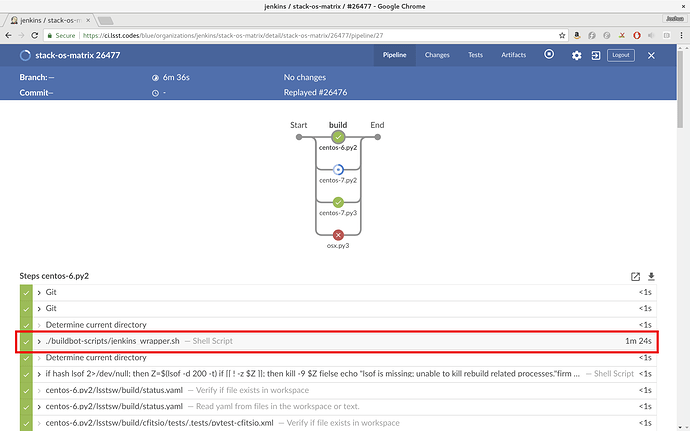 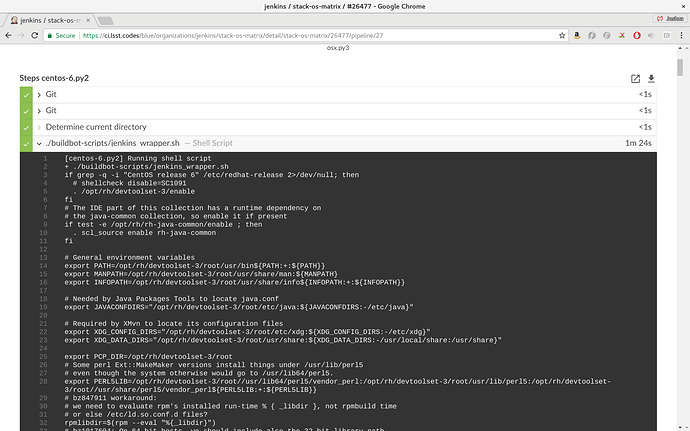 As part of @timj’s recent work to switch to pytest as a test runner, test results are being recorded in the junit/xunit XML format which jenkins is able to parse and display. junit test reporting has been added to stack-os-matrix job.

Please be aware that the test execution times reported in jenkins are currently wrong and should be ignored until a resolution is found.

From the status page for a build, click on the Tests tab in the upper right hand corner: 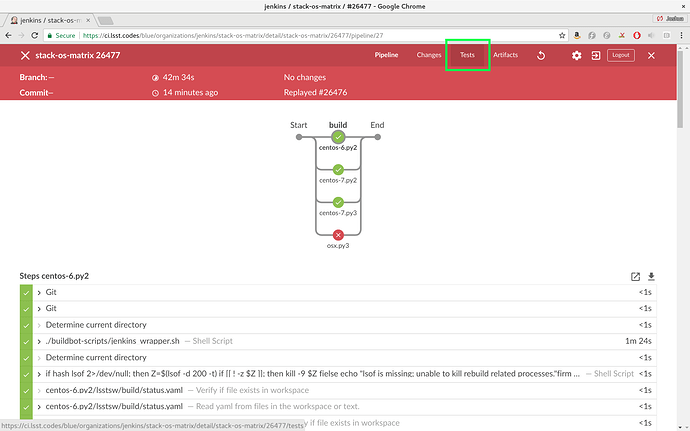 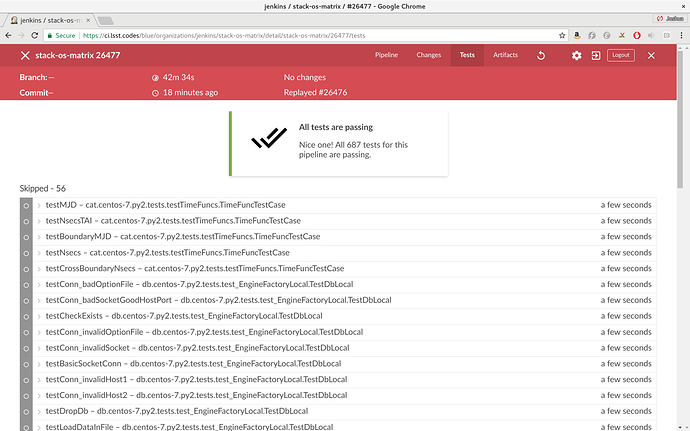 From the build page, click on the Test Result link: 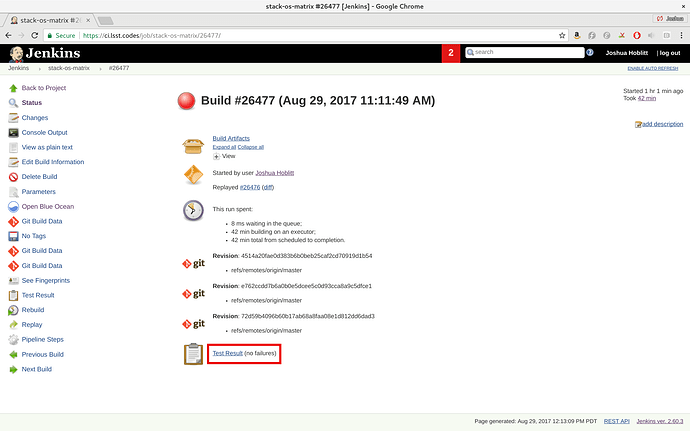 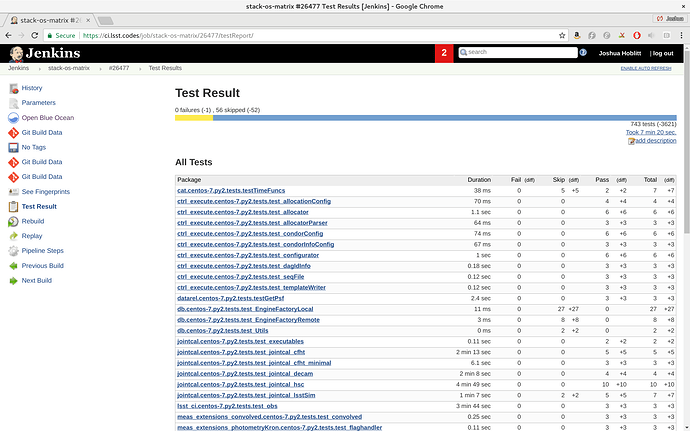 This seems to have done away with the ability to get a list of all of the builds you started. I used to be able to go to

and see a record of every build I had started. That no longer works. Was this intentional? Is there anyway to get this feature back?

@danielsf I’ve poked at jenkins’ internal api and the method for listing a user’s builds does not return any pipeline jobs. I’ll make a bug report upstream.

Is there any way in the Blue Ocean UI to stop console updates from forcing the browser to the bottom of the page? It’s really annoying when I’m trying to access something else (typically the header, the list of subruns, or something else at the top of the page).

Not currently. It also really needs a link to return to the top of the page for jobs with a large amount of console output.